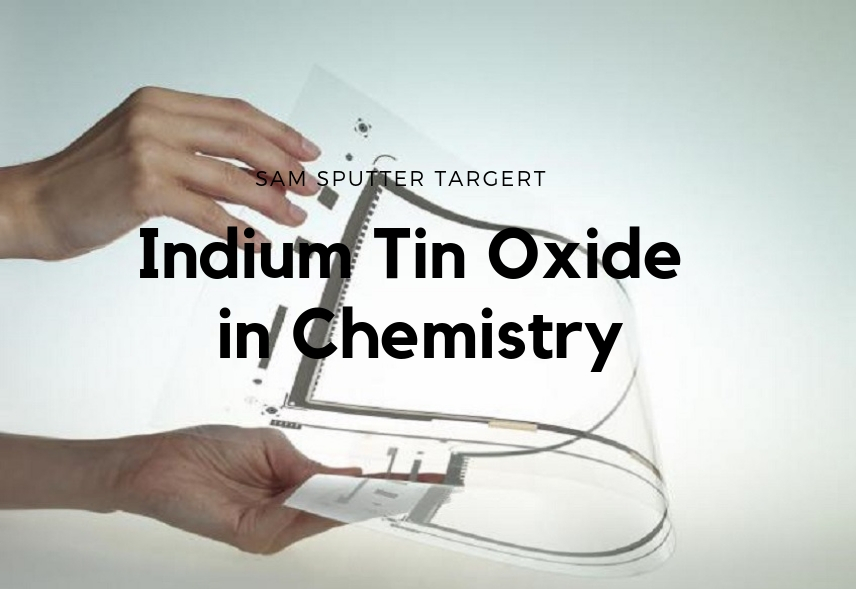 When it comes to the abbreviation “ITO”, it can be International Trade Organization, Involuntary Treatment Order, or Information Technology Outsourcing. But in chemistry, this abbreviation refers directly to a chemical material—Indium Tin Oxide.

What is Indium Tin Oxide in Chemistry?

Indium tin oxide (ITO) is a black-gray ceramic material mixed with indium oxide and tin oxide powder in a certain ratio. ITO has excellent electrical conductivity and transparency and can cut off electron radiation, ultraviolet rays, and far-infrared rays harmful to the human body. Therefore, ITO films are usually sprayed on glass, plastic and electronic display screens, used as a transparent conductive film, while reducing the harmful electronic radiation, ultraviolet and infrared. ITO sputtering target is an essential material for producing ITO films.

Now you may find there are many derivatives of indium tin oxide in chemistry, such as ITO sputtering target, ITO film, ITO glass, etc. Read on and you will figure them out.

Indium tin oxide sputtering target (ITO sputter target) is a mixture of indium trioxide (In2O3) and tin dioxide (SnO2), and is an important raw material for the preparation of ITO films. The theoretical density of the ITO target is 7115 g/cm3, while the high-quality ITO target should have a relative density of ≥99%. Such ITO targets have lower electrical resistivity, higher thermal conductivity, and higher mechanical strength. The high-density target can be sputtered on a glass substrate at a lower temperature to obtain a conductive film having lower resistivity and higher light transmittance, and even can be sputtered on the organic material.

There are four main ways to mold ITO sputtering targets, including spraying, cold isostatic pressing, hot isostatic pressing and wet forming. You can refer to Everything You Need to Know About ITO Sputtering Target for more information.

In recent years, ITO film has become more and more advantageous in the film manufacturing industry and has become one of the best performing transparent conductive oxides (TOCs). It is also the most commonly used thin-film material for transparent electrodes of liquid crystal displays (LCDs), plasma displays (PDPs), electroluminescent displays (EL/OLEDs), touch panels (TouchPanel), solar cells, and other electronic meters.

The transmittance and resistance of the ITO film are controlled by the ratio of In2O3 and SnO2, respectively. Increasing the ratio of indium oxide can increase the transmittance of ITO, usually SnO2: In2O3=1:9. Since the thickness of tin oxide exceeds a certain degree, the transparency is usually not good enough – although the conductivity is good.

Indium tin oxide conductive glass (ITO glass) is made by processing a layer of ITO film by sputtering, evaporation, etc. on the basis of soda-lime-based or silicon-boron-based glass. Most electronic displays are ITO glasses.

The ITO conductive glass applied to the LEDs also needs to be coated with a silicon dioxide barrier layer before the ITO layer is plated to prevent sodium ions on the substrate glass from diffusing into the liquid crystal in the cell. The ITO glass substrates for LEDs are generally ultra-float glass, and all the coated surfaces are glass float tin surfaces. Therefore, the final LEDs will follow the direction of the float, and irregular ripples will occur regularly.

In conclusion, the relationship between these three derivatives is: the ITO target is used to make ITO film, and the glass applied with ITO film is called ITO glass.

Thanks for reading this passage and hope that you now have a basic understanding of indium tin oxide in chemistry. Stanford Advanced Materials (SAM) is a leading sputtering target manufacturer based in Lake Forest, California. If you feel interested in the ITO sputtering target, you can go to our product page for more information, or directly send us an inquiry. You can also contact us via target@samaterials.com. Free samples are available.