In this post, we’ll review the essential properties and applications of indium tin oxide (ITO), but before we delve into that, let’s look at a more detailed explanation for indium tin oxide.

What is Indium Tin Oxide?

Indium tin oxide is basically a type of transparent conducting oxide (TCO) containing indium, tin, and oxygen in diverse proportions. It can either be considered an alloy or a ceramic material, and this depends on the oxygen content in the mixture. In other words, indium tin oxide is not a chemical compound, even though it contains these three elements in seemingly stable states. 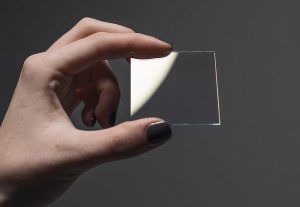 For instance, Indium tin oxide often occurs as an oxygen-saturated composition with 74% Indium, 18% Tin, and 8% Oxygen. Indium Tin Oxide can also be described as a solid solution of indium(III) oxide (In2O3) and tin(IV) oxide (SnO2) with unique properties as a transparent semiconductor material.

There are two major properties of Indium Tin Oxide (ITO) that account for its diverse application as a transparent conducting oxide (TCO); it has a relatively high electrical conductivity and optical transparency. Also, ITO is an inexpensive material when compared to other TCOs. It can easily be deposited as a thin film on glass, PET, and other surfaces.

The melting point of ITO is within the range of 2800°F – 3500 °F (1800K – 2200K), depending on the composition of the material. The most widely used indium tin oxide (ITO) material has a composition of ca In4Sn; It is an n-type semiconductor with a large bandgap of around 4 eV. Other unique properties of ITO include its low electrical resistivity and optical transmittance (of the thin film), which is greater than 80%. To a great extent, these properties are utilized in making touchscreen devices, such as smartphones.

Indium tin oxide (ITO) is an essential transparent conducting oxide used in many diverse applications, both in both research and industry. Here are some common applications: 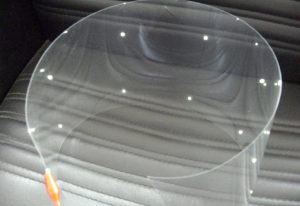 The low resistivity property of indium tin oxide is one of the properties of the material that make it suitable for applications in flat panel displays and solar cells. However, its function in solar cells is different. In a typical thin-film CdTe solar cell, the sunlight passes through the top glass surface and ITO layer, generating electricity in the active CdTe/CdS layers.

Indium tin oxide (ITO) thin films for glass substrates are often used in making glass windows, which is an efficient strategy for conserving energy. In vehicles, ITO is utilized in windshields. Also, thin films of ITO deposited on windshields are utilized to defrost aircraft windshields. The heat that does the actual defrosting is produced by applying a voltage across the ITO film.

ITO green tapes are used in making electroluminescent lamps that are functional and fully flexible. Thin films of indium tin oxide are utilized in organic light-emitting diodes (LEDs, as the anode) and EMI shieldings.

Other uses of ITO include optical coatings, infrared-reflecting coatings in automobiles, and sodium vapor lamp glasses. It is also used in electrowetting on dielectrics, gas sensors, antireflection coatings, Bragg reflectors for VCSEL lasers, and so on.

Other Types of Transparent Conductive Oxide

Aluminum-doped zinc oxide (AZO) is another widely used transparent conductive oxide. It has a relatively high conductive metal oxide composite containing plenty of aluminum oxide and zinc oxide materials. It is a mixture of aluminum, zinc, and oxygen, and like ITO, AZO can occur in varying proportions, depending on the number of components appearing in each case. AZO has been applied as the electron transport layer in solar cells and organic light-emitting devices.

Further Reading: Everything You Need to Know About AZO Sputtering Targets

Fluorine-doped tin oxide (FTO) is a popular material utilized in transparent electrode applications. However, the synthesis of the material is not as common as the others. It is commonly utilized in gas-detecting sensors, and photothermal converters, and it serves as thermal insulation in houses.

Thanks for reading this passage and hope that you now have a basic understanding of indium tin oxide. Stanford Advanced Materials (SAM) is a leading sputtering target manufacturer based in Lake Forest, California. If you feel interested in the ITO sputtering target, you can go to our product page for more information, or directly send us an inquiry. You can also contact us via target@samaterials.com. Free samples are available.