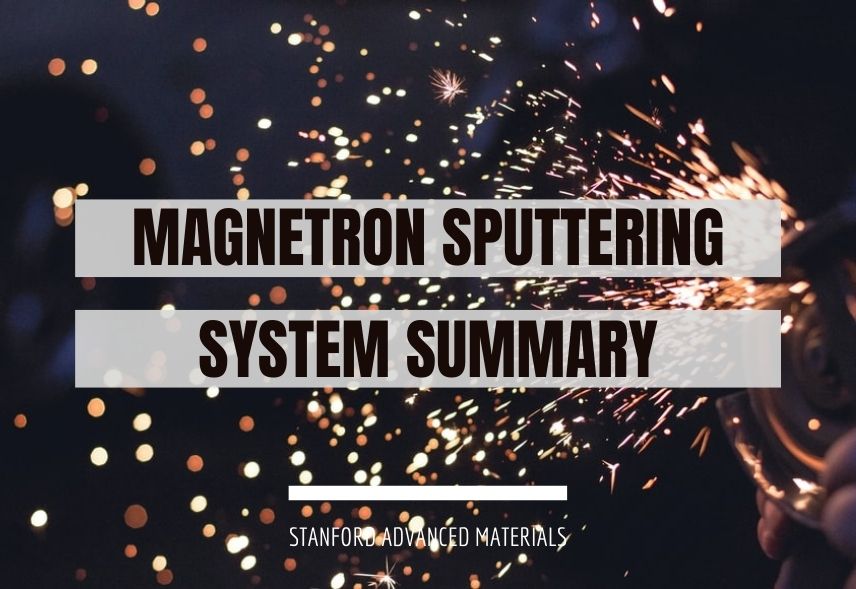 What is Magnetron Sputtering?

Sputtering is the process in which the atoms or molecules of a material are ejected from a target by bombarding the target with high-energy particles. This is called DC sputtering or diode sputtering. A major disadvantage of such sputtering technique is that it has very low deposition rates and involves higher costs. Sputtering is actually one of several methods used to deposit materials like metals, ceramics, and plastics onto a surface (also called the substrate).

Magnetron sputtering can also be described as a deposition technology that involves a gaseous plasma generated and confined to a space containing the target material to be deposited. The surface of the target is then bombarded by high-energy ions within the plasma. The atoms liberated from the material’s surface then travel through the vacuum environment and deposit onto a substrate, forming a thin film. Because of its superior performance, magnetron sputtering has been developed and widely used in several commercial applications.

The Basic Process of Magnetron Sputtering

The special magnetic field causes the traveling electrons to spiral along magnetic flux lines near the target so that they’re not attracted toward the substrate. This means that the plasma is confined to an area very close to the target, without damaging the thin film being formed.

As a working principle, the power supplied to the magnetron produces a negative voltage of about 300 V or thereabouts, and is applied to the target. This negative voltage then attracts positive ions to the target surface while simultaneously inducing a large kinetic energy. Note that the bombardment of the ions on the surface of the target leads to a transfer of energy. Sputtering occurs if the energy transferred in a direction normal to the surface is larger than about 3X the surface binding energy. This is approximately equal to the heat of sublimation. Additionally, the electrons travel for a longer distance, which increases the probability of further ionizing Argon atoms. This typically generates a stable plasma with high ion density.

The more ions produced, the more atoms ejected from the target. This, therefore, increases the efficiency of the sputtering process. The faster the ejection rate, the faster the deposition rate. This means a minimized amount of film is formed in the thin film. Also, an increased distance between the plasma and substrate minimizes damage caused by stray electrons and Argon ions.

A DC or Direct Current Sputtering is a type of Thin Film Physical Vapor Deposition (PVD) Coating technique in which a target material to be used as the coating is bombarded with ionized gas molecules and causes atoms to be “Sputtered” off into the plasma.

Magnetrons are used in the sputtering process to control the path of the displaced atoms flying around the vacuum chamber. DC magnetron sputtering makes it easy to calculate the time and processes needed to produce specific film qualities.

RF magnetron sputtering is a technique where Argon ions are accelerated by a RF electric field to hit a target made of the material to sputter. The target is usually sputtered in many different directions. The sputtered atoms will reach the substrate placed in front of the target, but also outside of the plasma, to prevent etching by the plasma. If a substrate is simultaneously placed in the path of the displaced molecules, they will deposit on that material to form films.

Mange toon sputtering is applied in coating the following products: