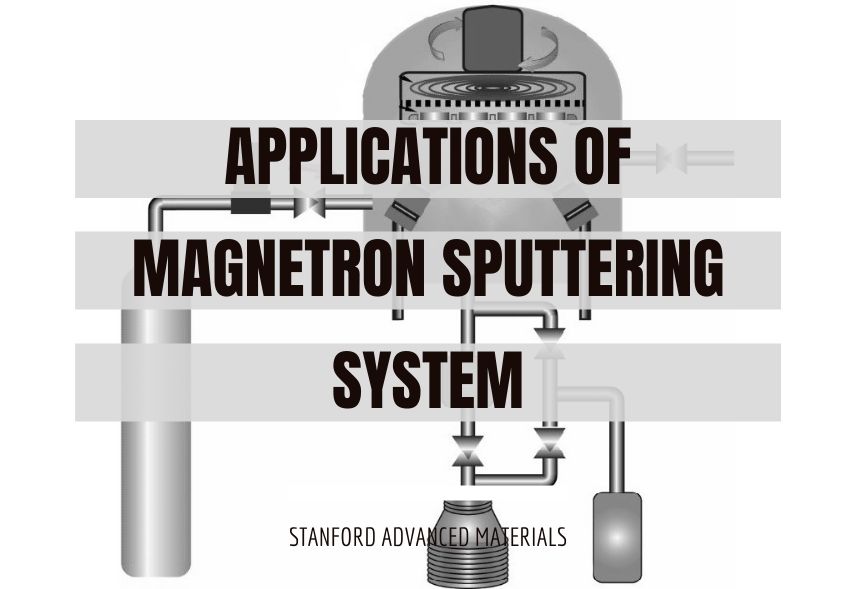 Metals, alloys, ceramics, multi-layers, and functionally-graded materials can all be deposited with excellent structures and properties. In this post, you’ll learn more about magnetron sputtering applications.

Magnetron sputtering is used in several data storage devices. It can be used to manufacture DVDs, laser disks, hard disks, floppy disks, micro-electric flash memory, and CDs. It can also be used in the manufacture of nanostructured materials.

Magnetron sputtering is also used in the manufacture of defense equipment. It can be used to produce night vision equipment and mirrors for x-ray telescopes.

Sputtering is used to coat materials to extend the durability of the materials. Anti-corrosion coatings, anti-seize coatings, tools, and drill bit hardening, are processes in which the magnetron sputtering technique is used. Others include dies and molds, and sewing needles.

Another important application of magnetron sputtering is in the manufacture of automobiles. It is used in the production of headlights, taillights, auto trim components, wheels, and rims.

Aviation is another critical area where magnetron Sputtering is applied. Examples of parts where the sputtering techno is used in aerospace include heads-up cockpit displays, jet turbine engines, mirrors for optical and x-ray telescopes, night vision equipment, etc.

Magnetron sputtering is also used in making jewelry. It improves the overall appearance and quality of necklaces, rings, earrings, bracelets, cufflinks, anklets, and other accessories.

Applications of magnetron sputtering also cut across architectural glass manufacturing. It is used in energy-producing glass, low-emissivity glass, and in building-integrated photovoltaics.

Magnetron sputtering is also applicable in coating plumbing fixtures. This helps to prevent corrosion and rusting in plumbing applications.

Magnetron sputtering is very versatile and can be used to apply just about any material. It is especially well suited to materials with a high melting point which would be difficult to melt in a normal vacuum thermal deposition system. It is often used for coating entire surfaces since it is difficult to control where the material goes precisely. Adhesion is therefore excellent.

Power is supplied to the magnetron, which produces a negative that is, in turn, applied to the sputtering target materials. This negative voltage then attracts positive ions to the target surface while simultaneously inducing a large kinetic energy. The bombardment of the ions on the surface of the target leads to a transfer of energy.

Sputtering occurs if the energy transferred in a direction normal to the surface is larger than about three times the surface binding energy. This is approximately equal to the heat of sublimation. Also, the electrons travel for a longer distance, which increases the probability of further ionizing Argon atoms. This process generates a stable plasma with high ion density, making magnetron sputtering a more preferred sputtering technique for deposition of high-quality coatings.

Thank you for reading our article and we hope that it can help you better understand the applications of magnetron sputtering system. If you want to know more about sputtering knowledge, we would like to advise you to visit Stanford Advanced Materials (SAM) for more information.