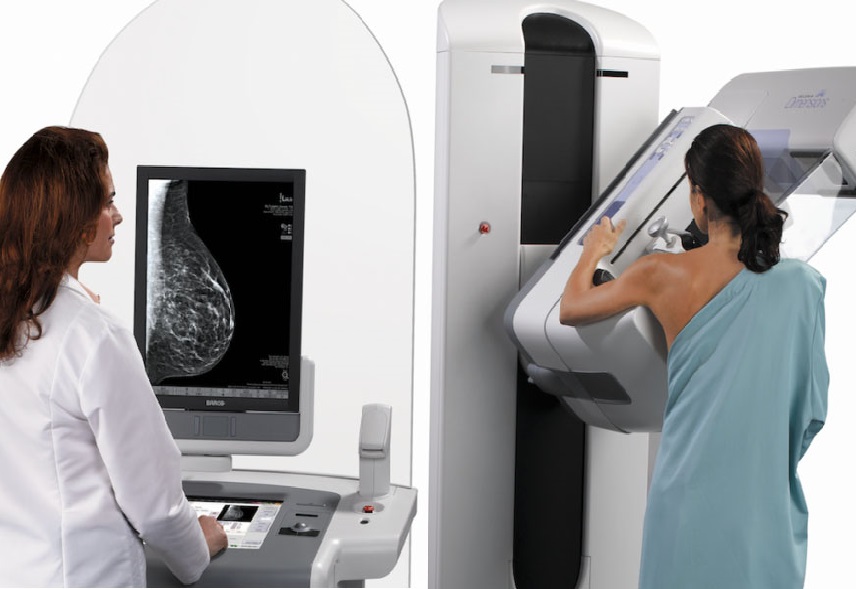 Breast cancer is a common malignant tumor for women. Early diagnosis and treatment can significantly improve the survival rate of this cancer. It has been reported that the cure rate of early breast cancer is as high as 80% to 90%. Modern advanced molybdenum target X-ray machine photography has become the first choice for breast examination. It has the characteristics of high definition and high contrast, and can fully display the signs of micro-calcification.

Mammography is a new digital imaging technology that combines traditional radiology technology with modern computer technology. It uses low-energy X-rays (usually around 30 kVp) to examine the human breast for diagnosis and screening. The goal of mammography is the early detection of breast cancer, typically through detection of characteristic masses or microcalcifications in the X-ray film.

Although there are other ways to detect breast disease, mammography is currently the first choice for women because it is the easiest and most reliable non-invasive means. It gives less pain, it is simple and easy to perform, and it has high resolution and good repeatability. Thus, mammography has been used as a routine examination for females.

Mammary gland molybdenum target inspection is another name of mammography because mammography equipment uses molybdenum anodes or other molybdenum components. These materials are used because they produce a characteristic radiation spectrum that is close to optimum for breast imaging. So it has a high diagnostic rate of up to 95%. The sensitivity of diagnosis to breast cancer is 82%-89%, and the specificity is 87% to 94%.

Apart from molybdenum anodes, mammography also uses molybdenum filters to enhance contrast sensitivity. Some systems allow the operator (or automatic control function) to select either the molybdenum or a rhodium filter to optimize the spectrum for specific breast conditions.

Objectively, the ratio of glandular tissue to adipose tissue determines the type of breast, and also determines the quality of X-ray images. According to the different structural characteristics of the mammary gland, it is of great significance to select X-rays of different energies to maintain proper penetration and good contrast of the rays.

The molybdenum and rhodium targets have their own advantages and disadvantages in practical applications. The image contrast of the molybdenum target is good, but its penetration ability is low; The rhodium target has sufficient penetrating power to make the information of the thicker breasts more abundant, but for low contrast substances, the image contrast is too small and foggy.

In general, in mammography, the appropriate target type should be selected according to the age of the patient and the development of the mammary gland.

Q: Is the prevalence rate of breast cancer high among young people?

AYou may have seen some reports recently about young women suffering from breast disease, but this does not mean that the age of patients with high-risk breast cancer is decreasing. According to reliable data, the current high incidence of breast cancer is still between 45 and 55 years old.

Q: Do young women need to do the mammography?

A: Under normal circumstances, doctors do not recommend female patients under the age of 45 to receive mammography. Young women are not suitable for mammography because their breast tissue is richer and denser, which is easy to cover the tumor. So even if there is a suspicious symptom, it will not be clear in the X-ray film.

Q: Will men get breast disease?

Yes. Even though men don’t have breasts like women, they do have a small amount of breast tissue. Since it is still breast tissue, men can get breast cancer.

Q: Which group of people has an increased risk of breast cancer?