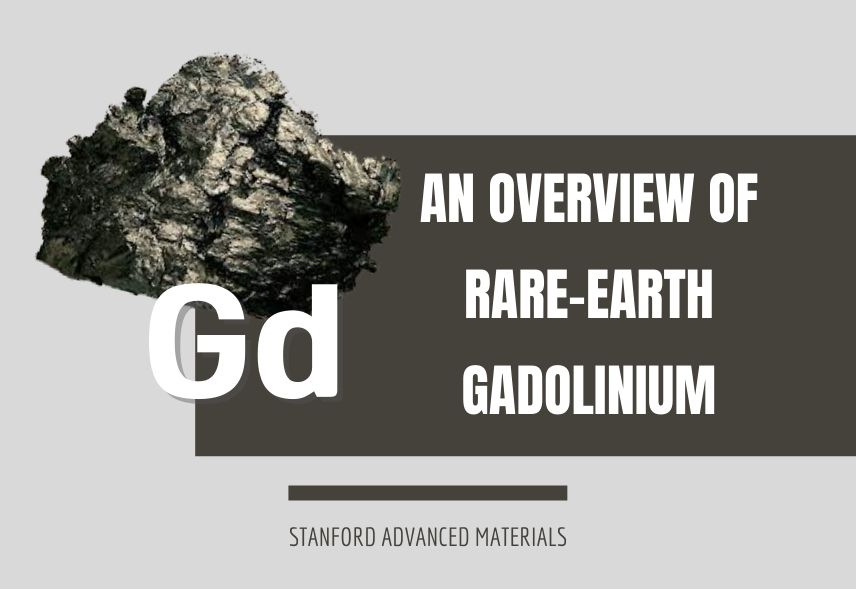 Gadolinium is a rare-earth metal commonly used in important applications like magnetic resonance imaging techniques and jewelry manufacture. It is commonly represented as Gd and has an atomic number 64. Since its discovery in 1880 by Jean Charles Galissard de Marignac, it wasn’t available in its pure form until Paul-Emile Lecoq de Boisbaudran — a French chemist — carried out the first isolation in 1886. The Gadolinium element is actually named after a Finnish scientist called Johan Gadolin.

Gadolinium is a highly reactive metal. Consequently, it is hardly naturally occurring but is found as a component of other minerals. Some minerals that contain gadolinium include monazite, gadolinite, and bastnasite. Almost 400 tonnes of gadolinium are produced in the world each year. It is usually found in Brazil, China, the US, Sri Lanka, and Australia. 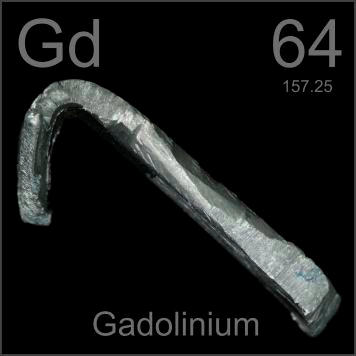 On the periodic table, gadolinium belongs to period six, and its block is the f-block. Its periodicity is responsible for most of its properties. Its outermost shell has two electrons, and its standard atomic weight is 157.25.

Gadolinium has a silvery appearance together with a hexagonal close-packed crystal structure. At standard temperature and pressure, this metal is solid. Its boiling point is 3273 K, while its melting point is 1585 K. Gadolinium’s most common oxidation state is +3, as is the case with most rare-earth metals.

Gadolinium forms a black coating when it is oxidized in moist air. It reacts with dilute sulphuric acid and halogens like fluorine, chlorine, and iodine. In addition, it reacts with water to form gadolinium hydroxide.

Gadolinium has a wide range of applications. However, it is not usually used on a large scale because of how rare it is.

Gadolinium is well appreciated in magnetic resonance imaging. It is used to make internal organs and structures more apparent during magnetic resonance imaging. Substances that perform this function are called MRI contrast agents. It is usually let into the body intravenously. For gadolinium to be let into the body without causing any harm, it must undergo a process known as chelation. About a third of all MRIs use gadolinium as a contrast agent. It is used to detect conditions such as kidney inflammation, brain injury, cancer, and spinal cord injury.

Gadolinium is used in the manufacture of control rods that shield nuclear reactors. This is because gadolinium can absorb neutrons. This means it has a high nuclear capture cross-section. Absorbing these neutrons stops them from causing the fission of nuclear fuel.

A compound of gadolinium, gadolinium gallium garnet, can be used to make fake diamonds. This is used in the jeweling industry to create designs at a cheaper cost.

Gadolinium is usually added to other elements to form alloys. When gadolinium is added to an element, it usually makes the element more resistant to corrosion and high temperature. Elements mixed with even as little as 1% of gadolinium show marked improvement compared to those containing no gadolinium.

Gadolinium is used as a dopant. An example of a product created by using gadolinium as a dopant is gadolinium-doped ceria. This compound is known to have a high ionic conductivity. It is often used in oxygen sensors and solid oxide fuel cells.

Gadolinium is an important rare-earth metal. Its relative scarcity in the earth’s crust does not hinder it from being an asset in various industries. If you want to know more about rare earth elements, we would like to advise you to visit Stanford Advanced Materials (SAM) for more information.