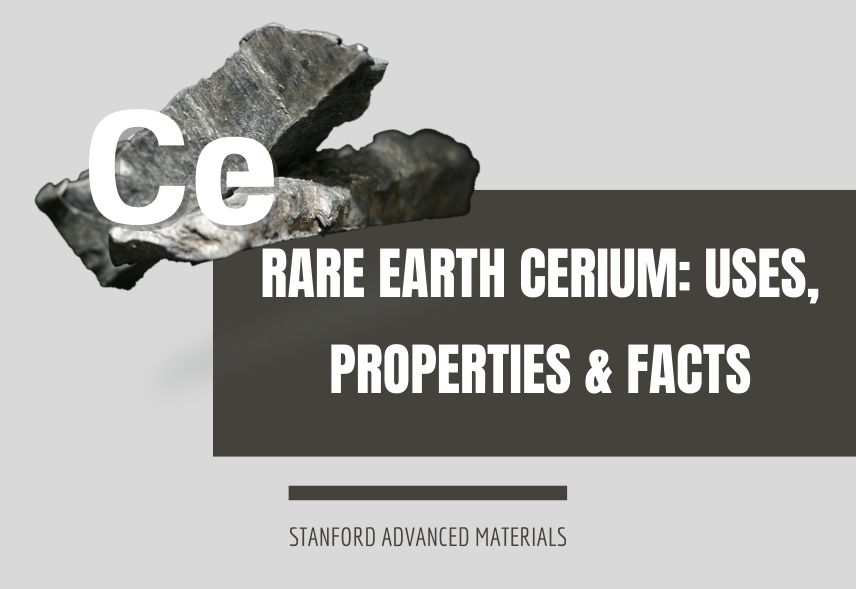 Cerium(Ce) has an atomic number of 58 and is the most abundant rare-earth metal known. It is the second element in the lanthanide series. Commercial-grade cerium has an iron-gray color. It is silvery when in its pure form, and it has almost the same ductility and softness as tin. Cerium is the most abundant rare-earth metal — more abundant than tin and lead, and almost as abundant as zinc. Cesium is found naturally in various minerals, the most common being bastnaesite and monazite.

The metal oxidizes in the air at room temperature to form CeO2. It reacts slowly with water and dissolves quickly in diluted acids. However, with hydrofluoric acid, cerium forms a protective fluoride (CeF3) layer on its surface. Also, cerium turning (obtained when the metal is filed, ground, or machined) easily burns in the air with a white-hot coloration. Based on its pyrophoric nature, it serves an important metallurgical function in lighter flints. This is why the metal is stored in a vacuum or an inert atmosphere.

Cerium was first identified by Jöns Berzelius and Wilhelm Hisinger around 1803 and 1804. Martin Klaproth also discovered the element — though independently — around the same time. Cerium, though being one of the rare-earth elements, occurs independently of them. This is unlike other rare-earth that are obtained from the same minerals. 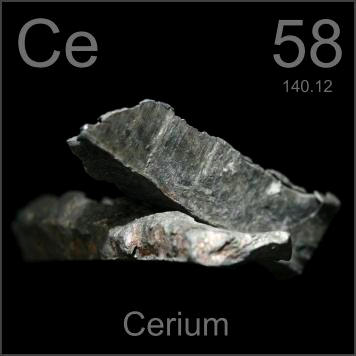 In fact, some minerals are almost exclusively cerium salts. Although the element was found and examined in 1803 by Berzelius and Hisinger it was not until 1875 that William Hillebrand and Thomas Norton obtained the first pure specimen of cerium. This was achieved by passing an electric current through the molten cerium chloride.

Pure cerium metal is obtained by electrolysis of anhydrous fused halides or by metallothermic reduction of the halides with alkali or alkaline-earth metals. It exists in four allotropic (structural) forms.

There are four known allotropic forms of cerium that exist at standard pressure. They have the common labels of α to δ:

All four are chemically stable, though the lighter ones — 136Ce and 138Ce — will theoretically undergo inverse double beta decay to yield isotopes of barium. The heaviest isotope 142Ce will undergo double-beta decay to produce 142Nd or alpha decay to 138Ba.

These isotopes range in mass from 119g to 157g with half-lives as short as 1.02 seconds for cerium-151 and as long as 5×1016 years for cerium-142. Aside from nuclear isomers, a total of 38 radioactive isotopes of cerium have been characterized.

The first use of cerium was in gas mantles, which were invented by Austrian chemist Carl Auer von Welsbach. With pure thorium oxide, he discovered that a much better light was produced. The light produced was blue in color. But by mixing thorium with cerium dioxide, results in bright white light. Cerium dioxide also acts as a catalyst for the combustion of thorium oxide.

Note that ceria is the most used form of cerium. A typical application is in the chemical-mechanical planarization (CMP). In this application, ceria is used to replace other metal oxides for the production of high-quality optical surfaces. Application is so found in major automotive, where the lower sesquioxide is used as a catalytic converter for the oxidation of CO and NOx emissions in exhaust gasses produced in automobiles.

Cerium(IV) sulfate serves as an oxidizing agent in quantitative analysis. Cerium(IV) in methanesulfonic acid solutions is applied in industrial-scale electrosynthesis as a recyclable oxidant. Ceric ammonium nitrate is also used as an oxidizing agent in organic chemistry, as well as in etching electronic components. Additionally, it is used as a primary standard for quantitative analysis.

Cerium can be introduced to enhance the photostability of pigments. This is because it provides pigments with lightfastness and prevents the darkening of clear polymers in sunlight. For instance, vivid red cerium(III) sulfide (cerium sulfide red) is a cerium compound that is often used on its own as an inorganic pigment. It is capable of staying chemically inert even in extreme temperatures. The pigment serves as a safer alternative to lightfast but toxic cadmium selenide-based pigments.

Cerium is also used as a dopant for phosphors used in CRT TV screens, fluorescent lamps, and later white light-emitting diodes. One of the most commonly used examples is cerium(III)-doped yttrium aluminum garnet (Ce: YAG). It emits green to yellow-green light (550–530 nm) and acts as a scintillator. 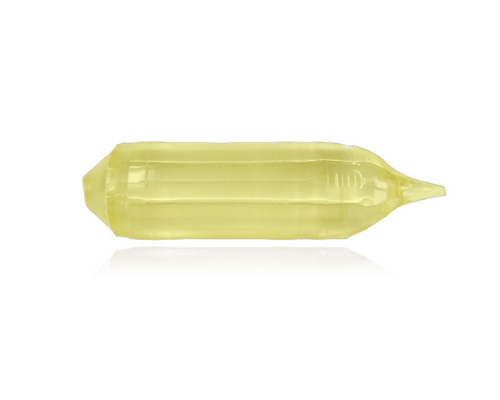 Among the rare-earth metals, cerium stands out as one of the most abundant and important ones. Its common applications are in gas mantles, photo-pigments, phosphor dopants in cathode-ray tubes, and as an oxidizing agent. Cerium has an atomic number of 58 and does not exhibit any known biological role.  If you want to know more about rare earth coating materials, we would like to advise you to visit Stanford Advanced Materials (SAM) for more information.