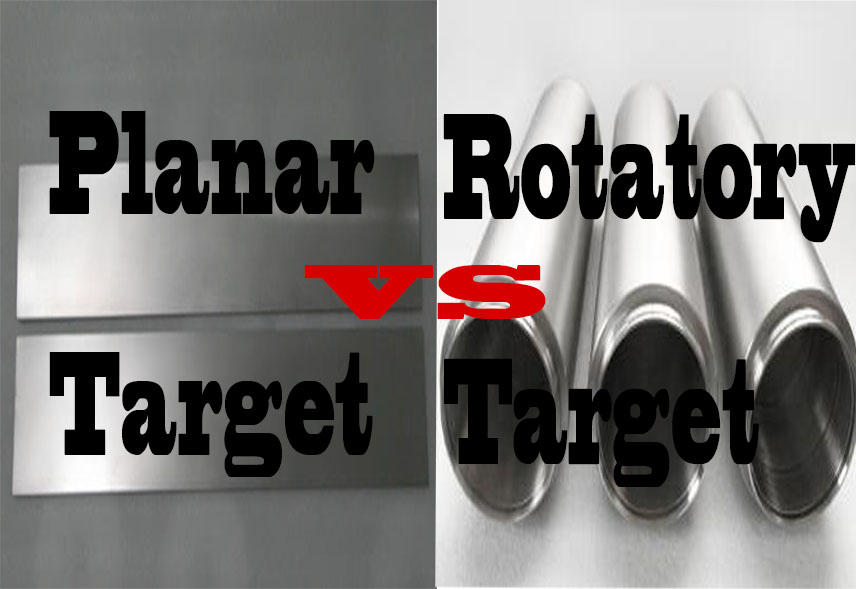 The sputtering targets commonly found on the market are mainly planar targets and rotatory targets, and each target has its advantages and disadvantages.

As for planar target, its main advantages include simple structure, strong versatility, and good uniformity and repeatability of the film layer. It biggest disadvantage is that the utilization rate of the target is low, generally only about 20%; when the target of the glow region (the magnetic field distribution region) is consumed to a certain extent, it will form a strip-shaped pit and make the target body thinner; when the pit depth reaches a certain value, the target cannot be used any more.

As for rotatory target, compared with planar targets its main advantages include compact structure and higher target utilization, which means rotatory target can solve the problem of low utilization of the planar target. However, rotatory target also has some unavoidable disadvantages that there are many glow rings on the entire target surface during sputtering, so it cannot form continuous strip glow. Therefore, while coating a large-area film layer, the uniformity of the surface of the film layer is poor, and it is difficult to meet the requirements, which is the biggest disadvantage of rotatory target.

From above contents, we know that both shapes of the targets have their own advantages and disadvantages. On one hand, the performance of different target shape is related to specific preparation items and products; on the on the other hand, people are trying to develop new types of targets that can combine the advantages of planar target and rotatory target, such as cylindrical plane target material.

If you still confused about which kind of sputtering target to choose, you could contact with us for more information. Stanford Advanced Materials (SAM) Corporation is a global supplier of various sputtering targets such as metals, alloys, oxides, ceramic materials. We promise to provide satisfying services for you.