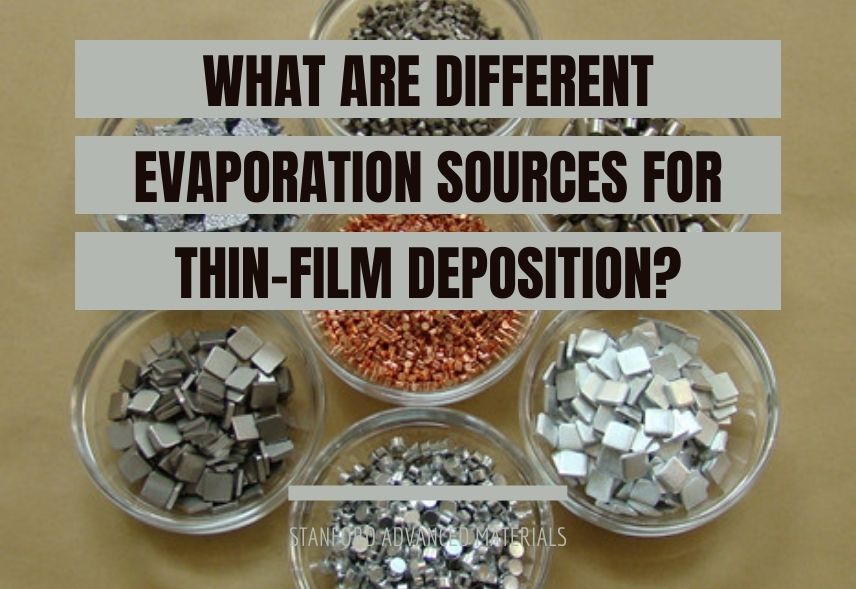 Thin-film deposition refers to the creation and deposition of thin-film coatings onto a substrate material. Thin-film deposition is applied in several manufacturing processes involving the production of solid-state, optoelectronic, and medical devices and products. It is also utilized to produce other essential materials, such as LED displays, semiconductor lasers, fiber lasers, optical filters, compound semiconductors, and medical implants.

The coatings or depositions are often from many different materials, including metals and oxides. Thin film coatings possess many different characteristics of interest, which can be used to improve the performance or quality of the substrate. Some thin-film coatings are desired for their transparency; others are used for their durability; and some increase or decrease electric conductivity or transmission of signals. 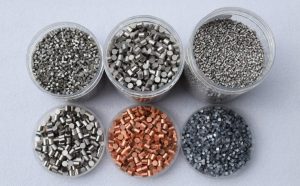 What is the evaporation source?

Evaporation is typically used to achieve thin-film deposition in a variety of applications. With this thin film deposition method, the source material for the deposition is evaporated in a vacuum. In the vacuum, the vapor particles are free to travel directly to the target object, which is the substrate to be coated. On reaching the substrate, the evaporated deposition materials settle and condense back to a solid state.

Evaporation is used in important industrial processes like microfabrication and macro-scale productions, such as metalized plastic film.

Similar to the evaporation and consequent condensation of water molecules on material surfaces, a hot source material evaporates and condenses on the substrate. The difference here is that the gaseous environment and heat source are different. The evaporation must occur in a vacuum. This helps to remove any vapor that is not from the desired source material, keeping the integrity of the process intact.

In a vacuum, the evaporated particles for deposition can travel directly to the deposition target without coming in contact with the background gas. Note that hot objects in the evaporation chamber, such as heating filaments, produce unwanted vapors that impact the integrity of the vacuum.

For instance, evaporated atoms that collide with foreign particles in the vacuum may react with them. This phenomenon also reduces the amount of vapor that reaches the substrate, and therefore makes the thickness of the substrate difficult to control.

In order to avoid low-quality deposition results, it is best to perform the evaporation in a proper vacuum or close to atmospheric pressure. Otherwise, the resulting deposition will most likely be non-uniform or smooth.

The heat source is another important aspect of the thin film deposition process. It is responsible for producing heat for evaporation deposition. Besides the vacuum pump, the evaporation system typically includes an energy source that evaporates the material to be deposited. There are several different sources of energy. One of them is the thermal/heat source.

When a thermal energy source is used, the metal material to be evaporated and deposited is fed onto heated semimetal, or ceramic evaporators called boats. The metal material used is usually in the form of wire, pellets, or shot. Following the introduction of heat, a pool of melted metal will form in the boat cavity and evaporate into a cloud above the source.

Alternatively, a heating crucible can be used. This will be explained below. Other sources of energy for evaporation include the electron-beam method and flash evaporation.

Filament evaporation metal sources are placed on filaments (i.e. Tungsten, Molybdenum, Quartz, or graphite). In the vacuum, these metals are heated to their melting points by passing a large current through a resistive wire or foil which contains the metal material.

In this case, the source material is placed in a crucible and radiatively heated by an electric filament. The evaporation source material may be hung from the filament itself (also known as filament evaporation). The evaporation crucibles for thin film deposition are made of high temperature-resistant materials. This includes alumina, inert, or BN crucible. Generally, manufacturers’ base the choice of the crucible on the material to be vaporized.

Evaporation boats are the best thermal evaporation materials for vacuum evaporation. Perhaps, it is because boat evaporation sources are also fabricated with Tungsten, Molybdenum, and Tantalum. The main raw materials used are BN, TiB2 and AlN powder, and boats which contain all 3 materials, are known as 3-component-boats. The “2 component boats” contain combinations like BN and TiB2 powder.

Basket heaters allow the source or evaporation material to be loaded directly in the basket without a crucible. It is often best to choose a source that best matches the substrate to be coated.

Generally, the choice of evaporation source for any thin film deposition process is determined by the substrate being coated.