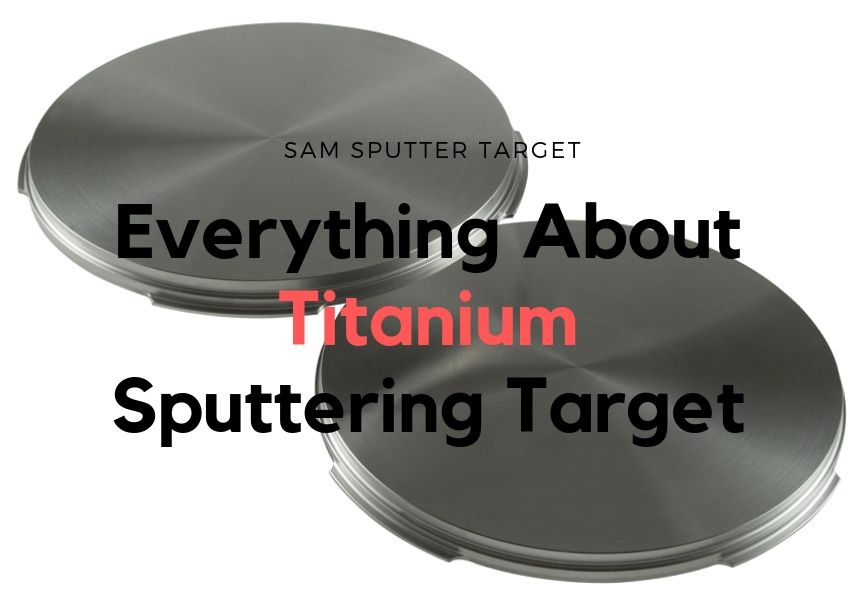 The discovery of titanium is inseparable from the following three people:

a. Reverend William Gregor, an amateur mineralogist in England, is the first to discover titanium-containing minerals.

c. Matthew A. Hunter, an American chemist, used titanium to reduce TiCl to produce metal titanium with a purity of 99.9%. It was the first time that people had obtained pure titanium.

Titanium sputtering target shares the same properties with their source material. The titanium element is widely distributed (about 0.4%) in the earth’s crust. The world’s titanium reserves are about 3.4 billion tons, ranking 9th among all elements. Titanium is a material of high commercial values — it has been widely used in various fields, including aerospace, automobile manufacturing, medical and health, and other fields of daily life because of their high strength, good corrosion resistance, and high heat resistance. Its corrosion resistance of titanium is mainly manifested in the fact that titanium does not react with air at normal temperature.  However, in the actual production environment, titanium still undergo different kinds of corrosion.

Casting: melt the raw material of a certain distribution ratio, pour the alloy solution into a mold to form an ingot, and finally machine it to become a sputtering target. The method is smelted and cast in a vacuum.

Powder metallurgy: melt the raw material of a certain distribution ratio, cast it into an ingot and then pulverize it, isostatically press the powder, and then sintering it at a high temperature to finally form a target.

In general, when measuring whether the sputtering target meets the primary requirements, one would consider the following indicators:

Purity: Purity has a great influence on the performance of the film produced by sputter coating. Taking titanium target as an example, the higher the purity is, the better the corrosion resistance and electrical and optical properties of the sputtered film are.

Impurity content: The impurities in the solid of the target material and the oxygen and water vapor in the stoma are the main pollution sources of the deposition film. Targets for different applications have different requirements of their impurity contents.

Grain size and grain size distribution: For the same target, the sputtering rate of the fine-grained target is faster than that of the coarse-grained target; and the thickness of the target sputter-deposited film with a smaller difference in grain size (distributed uniformly) is more uniform.

I really hope that this article helps you understand more about the titanium sputtering target. Here is SAM Sputter Target, a global sputtering target manufacturer. We regularly update industrial knowledge and news on our website, please visit https://www.sputtertargets.net/ for more information.