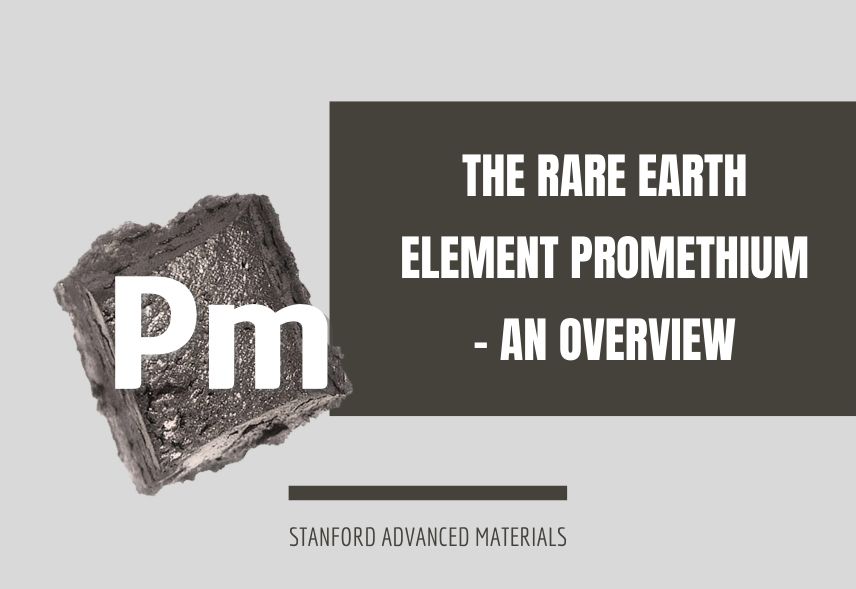 Promethium is an interesting element when you consider its physical and chemical properties, as well as its occurrence and production. It is an extremely rare metal, with only about 500–600 grams naturally occurring in the earth’s crust at any given time. However, it is not stable and therefore undergoes radioactive decay, producing different isotopes. It is the only rare-earth, radioactive metal on the periodic table.

Promethium is classified as a rare-earth metal belonging to the lanthanide series. The element was discovered in 1945 by Jacob A. Marinksy, Lawrence E. Glendenin, and Charles D. Coryell, and was named after Prometheus of Greek mythology. Due to its limited availability and high radioactivity, it is mainly used in research applications. Some early researchers for the Manhattan Project in Oak Ridge in Tennessee identified the isotope promethium-147 in the byproducts of uranium fission. Their finding was later confirmed with a mass spectrometer and published in 1947. 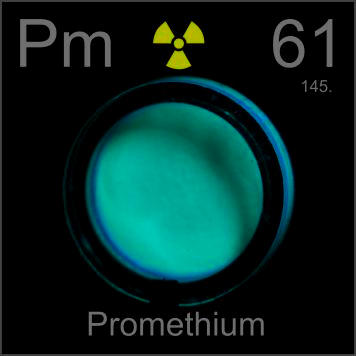 The promethium element is pretty unstable, and this has limited the scope of studies focused on understanding the element, as well as its application in everyday life. Here are some known chemical properties of promethium:

Promethium is the 61st element on the periodic table belonging to the lanthanide series of metals. The element occurs in various isotopic forms, all of which are radioactive. Promethium is very limited in supply in nature and is quite unstable. Because of this, most practical applications of promethium are limited to only the chemical compounds of the isotope promethium-147. But in general, the element is primarily used in scientific research.