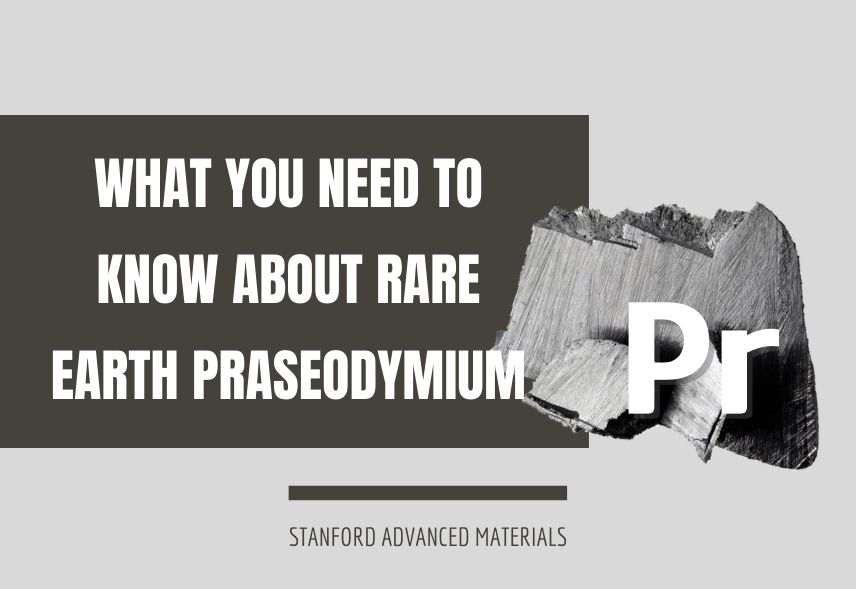 Praseodymium is a chemical element with atomic number 59 and chemical symbol Pr. This element is the third member of the lanthanide series and is categorized as a rare-earth metal. It is soft, silvery, malleable, and ductile. The metal is valued for its magnetic, electrical, chemical, and optical properties. Praseodymium is actually too reactive and not available in its native form. Besides, pure praseodymium metal slowly develops a green oxide coating when exposed to air.

Like most of the other rare-earth elements, praseodymium most readily forms the +3 oxidation state, which is its only stable state in an aqueous solution. However, the +4 oxidation state has been identified in some solid compounds, specifically among lanthanides. Even the +5 oxidation state is attainable in matrix-isolation conditions. 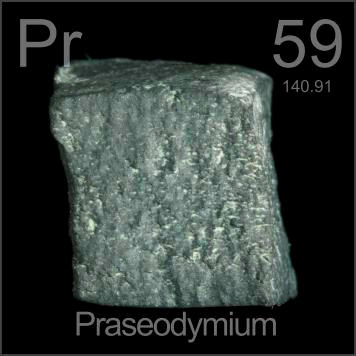 Praseodymium is always found naturally together with the other rare-earth metals. It is the sixth-most abundant rare-earth element and fourth-most abundant lanthanide. Praseodymium makes up 9.1 parts per million of the Earth’s crust, an abundance similar to that of boron. In 1841, Swedish chemist Carl Gustav Mosander extracted a rare-earth oxide residue, which he later called didymium from a residue, which is called lanthana.

Praseodymium can be found in different minerals, with larger quantities of the element available in monazite and bastnasite. Recent methodologies, such as ion exchange and solvent extraction, have helped to make the isolation of many rare-earth elements very easy. Praseodymium can also be obtained through calcium reduction of the anhydrous chloride of fluoride.

Praseodymium is a chemical element with atomic number 59 and is considered to be one of the rare-earth metals. The element is a soft, silvery, malleable, and ductile metal, which is used for its magnetic, electrical, chemical, and optical properties. Praseodymium is used in combination with other rare-earth elements to produce useful alloys and mixtures for a variety of applications.