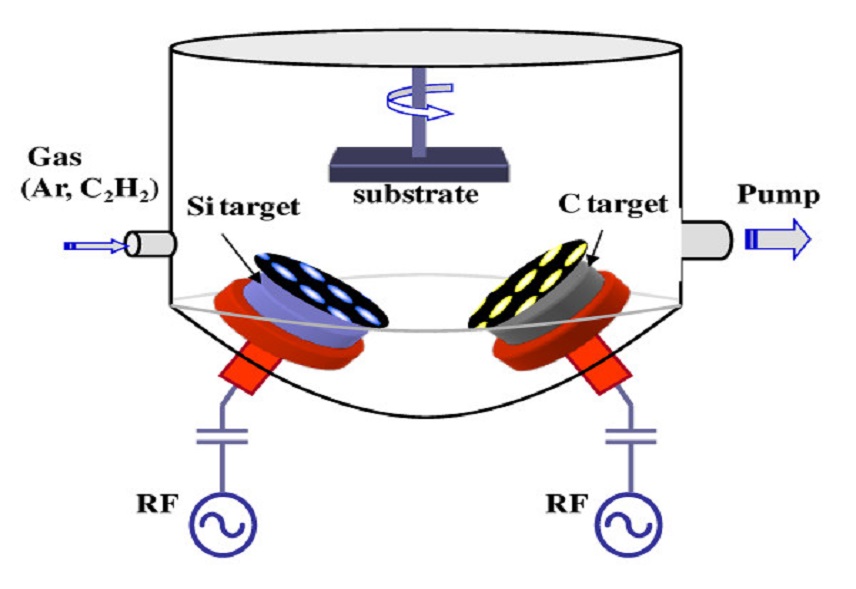 Scandium nitride (ScN) is a metal nitride semiconductor. The crystal structure of ScN is generally rock salt and non-polar. However, the first principle calculation indicates that ScN may also have wurtzite structure and can be made into Sc-IIIA-Nitride. The IIIA nitride refers to AlN, GaN and InN, and the structure of the nitride is a wurtzite structure (polar). In general, AlN is the highest piezoelectric nitrides.

While recently some experimental papers have reported that the piezoelectric property of the ScAlN film prepared by dual co-sputtering  is considered to be the highest value of the nitride semiconductor reported so far. However, due to the different sputtering yields of scandium and aluminum, it is difficult to keep the scandium concentration in the ScxAl11xN film keep constant for a long time by dual co-sputtering. In addition, mass production sputtering systems typically have only one cathode. Therefore, applying the dual co-sputtering method to prepare high piezoelectric ScAlN film is difficult to achieve.

Scientists have been looking for a substitute method to prepare ScAlN film. Finally, they find the solution by using a ScAl alloy sputtering target and DoE. Design of experiments (DoE) is a mathematical statistical method that clarifies the effects of different control factors. DoE has been widely used in scientific research such as bioassays, agronomy, analytical chemistry and process engineering. In addition, DoE can effectively optimize the sputtering conditions of highly oriented LiNbO3 and AlN films.

The result shows that high-voltage electric ScAlN film can be successfully obtained on an n-type (100) silicon substrate using a ScAl alloy sputtering target and DoE. In this method, the substrate temperature and the N2 concentration in the sputtering gas are the significant factors affecting the piezoelectric constant of the film, especially the N2 concentration. 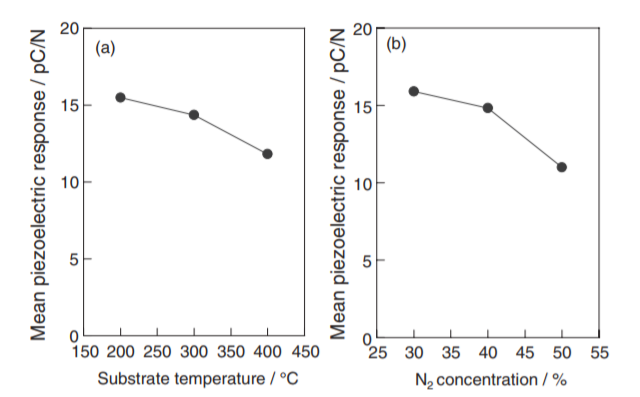