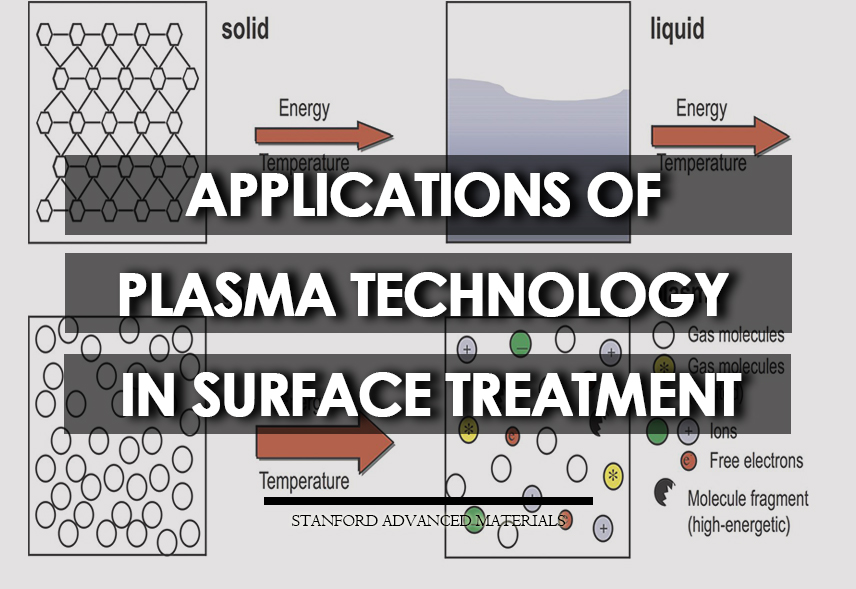 The foundation of plasma technology is a basic physical principle. When energy is applied to matter, solids become liquids, and liquids turn into gases. If yet more energy is applied, the gas is ionized and it enters the energy-rich plasma state, the fourth state of matter.

Plasma is a word used to describe matter that has a high, unstable energy level. Plasma’s energy acts on the surfaces of solid materials like plastics and metals when it comes into contact with them, changing crucial attributes like surface energy. This technique is utilized in the manufacturing sector to modify specific material properties.

What Is Plasma Technology?

Plasma technology is the science of using plasma to produce high-temperature heat sources. Plasma has a high temperature, a high enthalpy working medium, and the ability to generate compounds that are impossible to obtain by traditional means.

It also has the benefits of a regulated atmosphere, relatively straightforward equipment, and the ability to drastically speed up the process flow. Consequently, plasma technology has advanced significantly and is now being used to achieve several reaction processes in the chemical industry.

What Are The Applications of Plasma Technology in Surface Treatment?

Almost all industrial sectors have adopted plasma technology. And more applications are always being added.

Different surfaces can be altered with this future-proof technology. As a result, it has a broad range of applications, including:

The most basic method of coating a polymer or plastic film is to first apply it to a solvent before applying it to a substrate.

Plasma polymerization uses plasma sources to create a gas discharge that supplies energy to activate or fragment a gaseous or liquid monomer to start polymerization.

The substrate is coated with a uniform polymer created by the plasma polymerization coating process. Adhesion is vital here because the plasma impacts the substrate.

Chemical vapor deposition techniques like plasma-assisted deposition are used to produce thin coatings on a substrate that transition from a gaseous to a solid state.

Chemical reactions are involved in the process following the formation of a plasma of interacting gases. The plasma is typically produced by radio frequency, alternating current, or direct current discharge between two electrodes and the reacting gases fill the void in between.

A high-temperature substrate is used for the chemical reaction of the vapor-phase chemical deposition to provide an adequate gas precursor energy response.

The sputter deposition process is a physical vapor deposition technique for making thin film deposition during which a high-purity source material (referred to as a cathode or target) is exposed to a gas plasma (typically argon). A thin film forms when the energetic atoms in this gas plasma clash with the target material and knock off source atoms, which then move to the substrate. The sputtered ions have an initial kinetic energy of roughly 100 eV.

An example of plasma processing used to create integrated circuits (ICs) is plasma etching. It entails firing (in pulses) a high-speed stream of glow discharge (plasma) of an appropriate gas combination at a sample. As part of the procedure, the elements of the material being etched react chemically with the reactive species produced by the plasma to yield volatile etch products at room temperature. At some point, the shot element’s atoms embed themselves at or just below the surface of the target, changing its physical characteristics.

Plasma spray coatings produce a hard coating surface that shields substrates from oxidation, corrosion, and wear brought on by operating and environmental conditions. Plasma spray painting is an excellent choice for protecting and refinishing equipment since the coatings are robust and dense.

The powdered coating material is pumped into a plasma plume during a high-temperature process used to apply plasma spray coatings. The substance is heated quickly before being propelled in the direction of the substrate. When the material hits the surface, it starts to cool and harden, giving value to your final and finished component, assembly, or product.

Other Applications Of Plasma Technology

Many people believe that in the not-too-distant future, plasma will be utilized in novel ways. Aside from cleaning, surface activation and coating, eliminating toxic waste is one potential application.

Plasma may be used to thoroughly irradiate extremely dangerous hazardous substances since it has the energy to alter the atomic structures of substances.

Polymers can become substantially more responsive to coatings and bonding agents through plasma surface treatments. Depending on the type of material, materials can stay in the altered condition after activation for a few minutes up to several months.