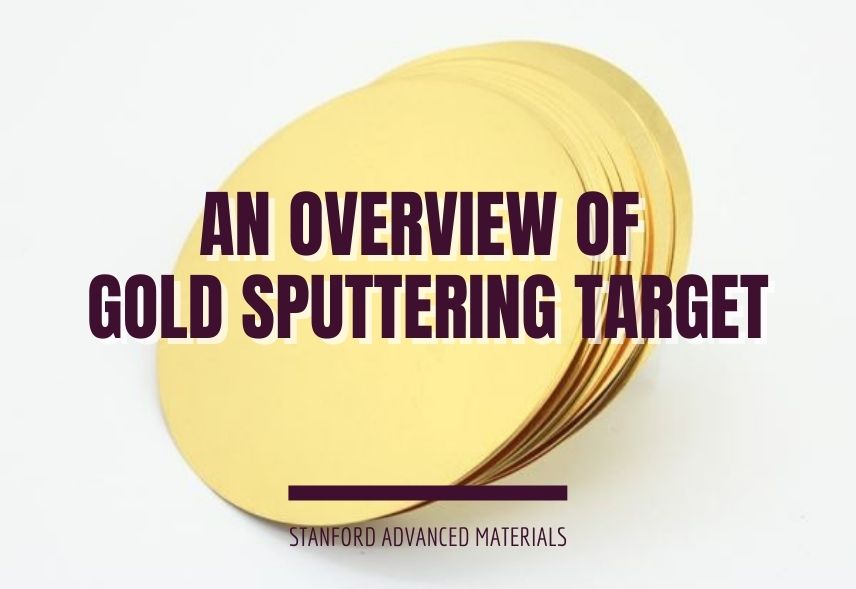 From time immemorial, gold has remained a very precious substance. From making jewelry to cookware and industrial materials, gold has proven to be very useful and precious to man, particularly because of its high malleability, ductility, and lustrous nature. Gold is one of the most precious metals known to man, and it has a wide variety of applications. Other properties of gold that make it very useful are its electrical and thermal conductivity.

Gold thin films can be deposited on other materials, where they are used as layers or coatings in the production of sensors, semiconductors, batteries, and data storage. This article will look at the meaning of gold sputtering target, its properties, and its applications.

What is Gold Sputtering Target?

For gold sputtering, it involves creating a very thin layer of gold on a surface, which can be any material of interest. Gold sputtering requires a special sputtering device and controlled conditions. The discs of gold used in the process are referred to as the “targets”, which when bombarded with high energy ions in a vacuum, provide a source of metal for deposition or molecules which are sputtered into the vapor and used to coat the substrate upon condensation. The deposition material produced from gold sputtering can coat jewelry, circuit boards, medical implants, or other materials of interest.

Like other sputtering target materials, gold sputtering targets have similar properties as pure metal gold. It has the same atomic number of 79. Gold is naturally a chemical element that’s heavy and occurs in rocks and can sometimes occur as flakes. Just like the pure gold metal, the gold sputter target also has a relative atomic mass of gold is 196.966569(4) Dalton. Note that the number in the brackets indicates the uncertainty.

As discussed above, the gold sputtering target is mainly used for layering other materials. It is a standard scanning electron microscopy coating that serves as a covering for specimens with a thin layer of conducting material. The gold coating helps prevent the charging of specimens with an electron beam in conventional scanning electron microscopy (SEM) mode. It also helps in increasing signal-to-noise ratio.

Gold sputtering target is used in making very expensive semiconductor chips. These products have extremely high technical requirements for production. The purity and technical requirements for semiconductors made from target materials, in general, are higher than other applications like flat-panel displays and solar cells. The impurities must be removed completely, as that can spoil the integrity of the final product, essentially making the technician start over.

Panel target is mostly used in making indium tin oxide (ITO) and touch screen electrodes. During the production of flat panel display panels, the glass substrate that is coated is typically subjected to multiple sputtering coatings to form indium tin oxide (ITO) glass. After this, it is coated, processed, and assembled for making touchscreen materials for LCD panels, PDP panels, and OLED panels. There are other metal targets like aluminum, molybdenum, and silicon that can also be used in this capacity.

Gold sputtering target, in this case, is mostly used in the back electric level of solar thin-film cells and crystalline silicon solar cells. The gold target is used in generating the back electrode of the solar thin-film battery, and the sputtering target is rarely used in the crystalline silicon solar battery.

Now that you understand what gold sputtering is, as well as its applications, you can explore specific applications that suit your needs.