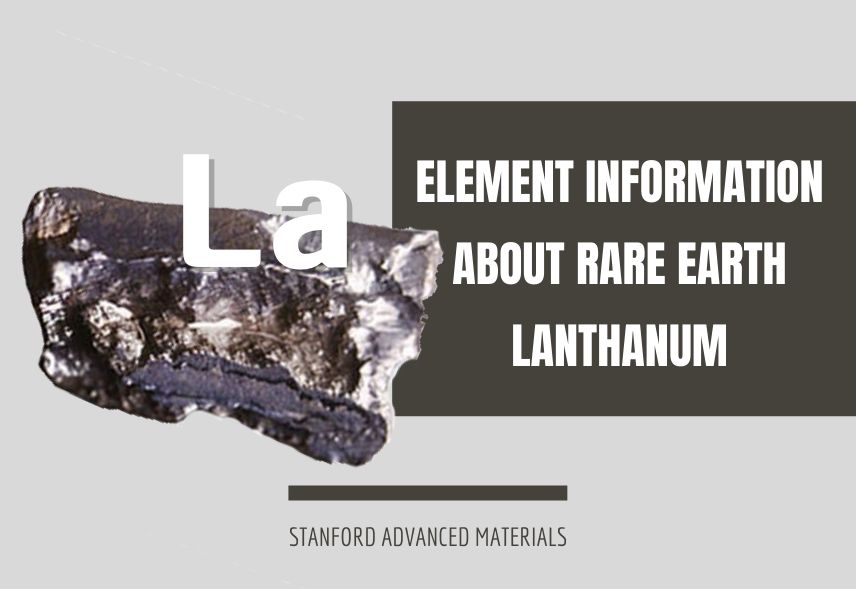 Lanthanum was first discovered in 1839 by a Swedish scientist called Carl Gustaf Mosander. It was found in cerium nitrate. It was not isolated until 1923. Lanthanum is derived from the Greek word Lanthanein which means ‘to lie concealed’.  This rare-earth element is not naturally found in isolation. It is usually found in minerals like bastnasite and monazite. 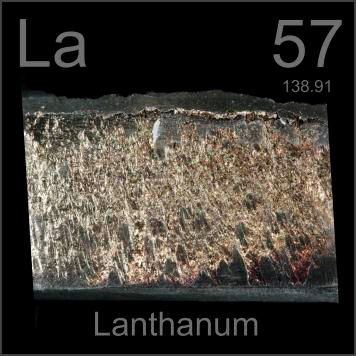 Most of the properties of lanthanum are determined by its periodicity and its atomic number. On the periodic table, it belongs to the f-block and period 6. The standard atomic weight of lanthanum is 138.9.

Lanthanum is a ductile and malleable element. It is also soft. This element is soft enough to be cut through with a knife.

Lanthanum has a double hexagonal close-packed crystal structure. Compared with other rare-earth metals, lanthanum is described as having low volatility. Furthermore, at room temperature, this rare-earth element is described as being paramagnetic. Its most common oxidation state is +3.

When lanthanum is oxidized, it forms lanthanum(iii) oxide. It reacts with water to produce lanthanum hydroxide. In addition, lanthanum is soluble in dilute sulphuric acid.

Since its discovery in 1838, lanthanum has been applied in various industries. Further research is still ongoing on just how much value lanthanum has to offer in the world today.

ZBLAN is a fluoride glass made from zirconium, barium, lanthanum, aluminum, and sodium. ZBLAN is used to manufacture optical fibers. Optical fibers are used for communication and to transmit light over long distances.

Lanthanum is used to produce carbon arc lamps. Carbon arc lamps are not as widely used as they once were. However, they are used in making searchlights and projectors. They were also popularly used in motion pictures until they became obsolete.

Lanthanum is used in some of the chemicals used to clean swimming pools. This is because lanthanum removes the phosphate present in the pool. The absence of phosphate in the pool makes it difficult for algae to thrive.

Hyperphosphatemia is a condition in which there is an excess of sodium ions in the blood. Lanthanum is added to some drugs used to treat this condition because it can remove the phosphate ions.

Lanthanum can be described as the blueprint element of the lanthanide series. It is the first element in the series. It is from this element that the series derives its name. Various lanthanum compounds such as LaCl3, LaB6, and La(OH)3 are applied in many industries. If you want to know more about rare earth elements, we would like to advise you to visit Stanford Advanced Materials (SAM) for more information.