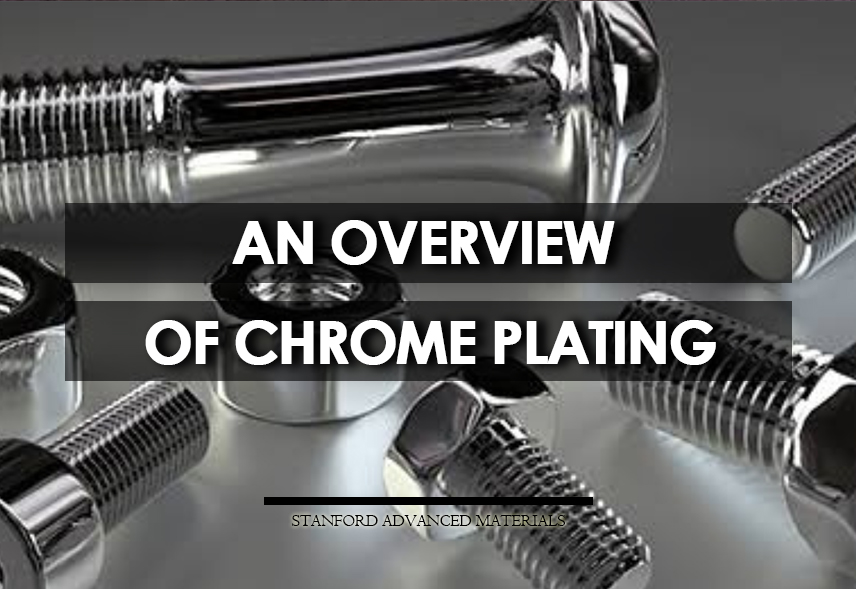 One of the main applications of chromium is the production of stainless steel and chrome plating. The process of electroplating a thin layer of chromium onto a metal object can be done to add aesthetic appeal or to make the surface harder and more corrosion-resistant.

Chrome plating can produce chromium layers as thin as 0.001 inches (0.025 mm). For corrosion and wear resistance, different chromium alloy coatings can be created via chrome plating with a range of deposition thicknesses.

What is Chrome Plating and How Does it Work?

Chrome plating is the technique of electroplating a very thin layer of chromium onto a metal surface. A chrome-plated object is referred to as chrome. A metal workpiece or object is finished by having chromium applied to its surface.  In addition to being visually appealing, the chromed coating may provide corrosion resistance, ease of cleaning, or enhanced surface hardness.

A flawless metal coating can be formed on the target object using the electroplating method, which involves reducing dissolved metal cations in an electrolyte salt bath. This is done before placing the desired object into a chrome plating vat.

Various pretreatments, such as using a degreaser to get rid of thick soil, and manual cleaning to get rid of any surface contaminants and lingering signs of dirt are employed. Depending on the kind of substrate being plated, the pretreatment procedure has several variants. Different etching solutions, such as hydrochloric, hydrofluoric, and sulfuric acids, are required for different substrates. Nimonic alloys are frequently etched using ferric chloride. Sometimes the component is electrically live when it is placed in the chrome plating vat.

The plating bath is subsequently subjected to an electric current for a predetermined period. Depending on the current, metal objects can be coated at a slow or quick rate. The time needed varies depending on the required chrome plating thickness and the current application.

The traditional chrome plating method known as hexavalent chromium is largely employed for functional purposes. It is the most dangerous form of chromium and has been linked to human cancer. Hexavalent chromium bath toxic waste is hazardous waste and needs to be treated before disposal. 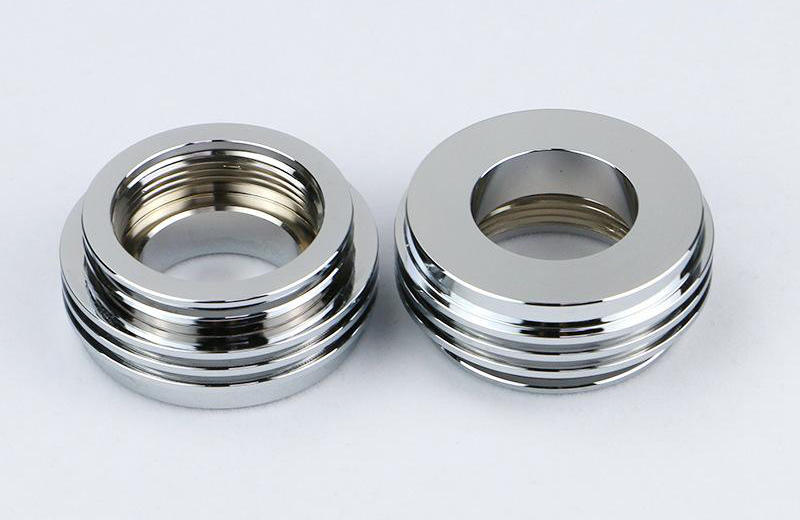 Chrome plating is used in the automotive industry for its durability, corrosion resistance, and decorative beauty. On the parts of vehicles and motorbikes, such as wheels, engine parts, exhausts, and more, decorative chromium plating is not unusual to see.

Hard Chrome enhances the performance of engineering parts. All forms of stainless steel alloys, the majority of ferrous metals, and some nonferrous metals like copper and brass can be treated with hard chrome.

The word “chromium”, which is derived from the Greek word “chroma,” implies color. Due to its extremely colorful compounds, it is helpful to create aesthetically pleasing, glossy, and corrosion-resistant coatings.

Chromium sputtering targets are frequently employed in analytical, etching, and thin-film deposition processes. It is also employed as a magnetron sputtering source, particularly to produce decorative coatings of chrome for items like watches, electronics, or control panels for appliances that can profit from a lovely sheen.

Steely-gray, glossy, hard, and having a high melting point of 1,857°C, a density of 7.2 g/cc, and a vapor pressure of 10-4 Torr at 1,157°C, chromium is a metal with a mirror-like finish and doesn’t tarnish. Chromium metal is made less active by oxidation, creating a thin and protective surface layer, when left exposed to air. Although only a few molecules thick, this layer is extremely dense and blocks the effect of oxygen on the metal below.

Along with the metal’s hardness, this protective, insoluble oxide coating gives the metal an inherent resistance to corrosion and contributes to the properties of stainless steel (an alloy that contains Chromium). The discovery that steel can be made significantly more resistant to corrosion and discoloration by adding metallic Chromium and generating Stainless Steel has had a huge impact on the manufacture of steel.

Chrome plating is widely used because it is less expensive than nickel plating, although chemicals used in chrome plating are extremely hazardous, and most nations have laws on how to dispose of chemicals.