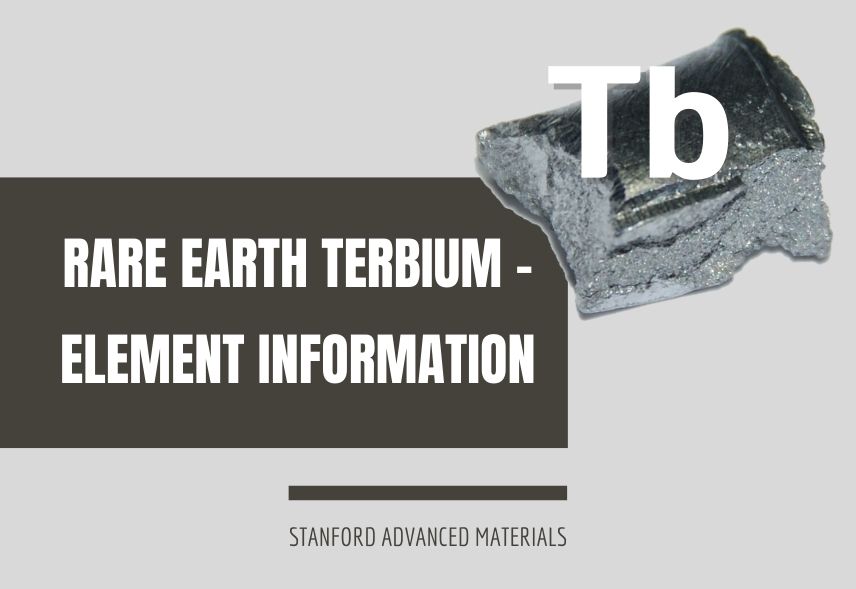 Terbium, the 65th element of the periodic table, is a rare earth metal belonging to the lanthanide series. Although the lanthanides have been described as a boring group of elements, each of them has its own unique properties and uses. Terbium, though not as popular as Neodymium, Ytterbium, or Samarium, still has important applications and it is twice as common as silver in the Earth’s crust. A notable application of terbium is in the production of Terfenol-D, an alloy of terbium, which is used in actuators.

The element lies in the middle of the lanthanide series between gadolinium and dysprosium. Compounds of terbium generally contain the terbium ion in its 3+ valence state. But in some solid compounds, terbium can exist in the 4+ valence state, which is quite unusual. This is because its fourth ionization energy is relatively low and it attains a more stable half-filled outermost shell of electrons. Another striking property of terbium compounds can be traced to their spectroscopic and optical properties, making it one of the more exciting and studied lanthanide elements. 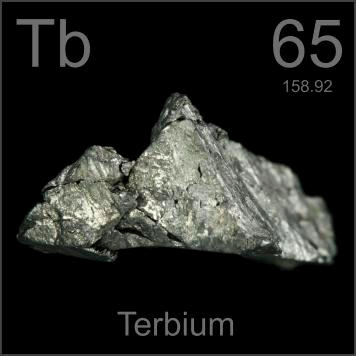 In 1843, Professor Carl Mosander was able to separate the gadolinite mineral into three materials, which he called yttria, erbia and terbia. From two of these substances, he discovered erbium and terbium.

Terbium can be found in minerals along with other rare-earth elements, including cerite and gadolinite. The element can be extracted from monazite, which contains up to 0.03 percent of the element. It can also be obtained from euxenite, a complex oxide containing about one percent of terbia. Another source is xenotime. With recent advances in ion-exchange techniques for separating rare earth elements, terbium can be easily isolated from its natural sources. This is the most efficient separation routine for terbium salt from the rare-earth salt solution.

One method for producing rare-earth metals commercially is by reducing the anhydrous chloride or fluoride with calcium, although other methods of isolation are available. Vacuum remelting can be used to remove calcium and tantalum impurities. It is also possible to produce terbium by the electrolysis of terbium oxide in molten calcium chloride.

Like other rare-earth metals, terbium has unique applications, though there are not many of them.

If you want to know more about rare earth coating materials, we would like to advise you to visit Stanford Advanced Materials (SAM) for more information.