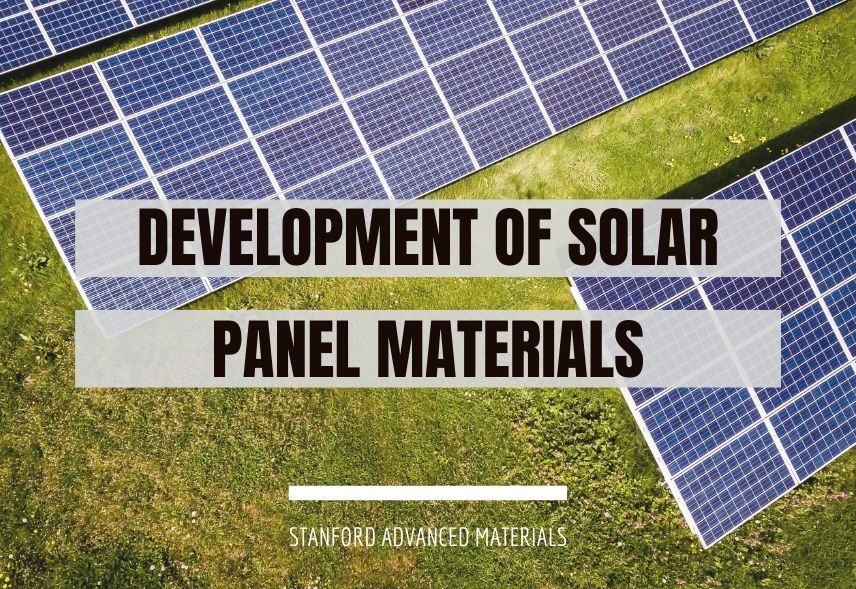 A solar panel is an arrangement of connected solar cells. It is also referred to as a photovoltaic module. In solar panels, solar/light energy is converted into electrical energy by solar cells.

They are the oldest members of the second-generation solar panels. They are made from noncrystalline silicon. They are popularly used in small electronic devices such as calculators. Amorphous silicon solar panels are produced by depositing a thin layer of silicon on a substrate using the vapor deposition method.

CIGS solar panels are made from copper indium gallium selenium sputtering target or CIGS evaporation material. In 1995, NREL scientists formed the first CIGS solar panel. The efficiency of these solar panels is up to 20%.

The third-generation solar panels encompass all research that is currently ongoing to improve solar panels. This generation of solar panels is expected to be produced from new and innovative materials such as nanotubes, conductive plastics, and organic dyes.

There are several options to choose from when deciding which material to use for your solar panel. Each option has its merits and demerits which must be considered before a choice is made. If you want to know more about the CIGS and other solar cell coating materials, we’d like to advise you to visit Stanford Advanced Materials (SAM) for more information.